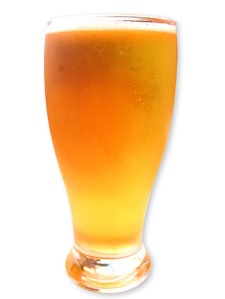 It’s the Louisville Beer Blog, kids. I’m not a brewer; I’m a beer enthusiast who likes to write about it. I’m also the guy who drinks a pale ale he’s never tasted before and says, “I’m not exactly sure how they did that, but it was hoppy and delicious, and I think I want to drink one of these with my next batch of hot wings” … and then orders another one. (I love pale ales with spicy food. Sue me.)

Within this blog, I hope to bring you some humor, a bit of news, reviews of Louisville-area beers, a few interviews, and some guest bloggers as well. For the record, two of my long-time favorite beers in town are Bluegrass Brewing Company‘s APA and Irish Rover Red, which BBC actually brews for the Irish pub for which the beer is named. And have you tried New Albanian Brewing Company‘s Hoosier Daddy? I mean, Elector is probably my favorite from that kick-ass brewery, but I’ve met several folks who haven’t tried Hoosier Daddy. And they should.

Oh, and I recently had my first taste of the Watermelon Crack that Leah Dienes is whipping up over at Apocalypse Brew Works. Yowza.

Anyway, we all love beer, right? Louisville beer especially. Let’s have a little fun with it and see what happens. And we can keep it (mostly) local in the process, because there’s so much good beer to be had within just a few minutes’ drive. I shall look forward to it.

Also, if you have suggestions for Louisville Beer Blog, ideas, beer you want to promote, an itch you can’t quite reach, etc., pleeeeaaaase leave a comment or send me a direct message using this form rightcheer: