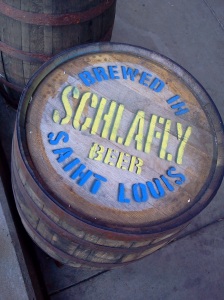 This originally was published by The Alcohol Professor. If you’re in St. Louis and love beer, you gotta check this place out.

Opened in 1991, Schlafly’s was the first brewery tap room to open in St. Louis after Prohibition. While in town recently for a Monday Night Football game, a friend and I decided to have lunch at Schlafly and to take in the surroundings, along with some beer. It was a good decision, for several reasons.

For starters, I counted 16 brews on tap, from standards like Kolsch and the Pale Ale to a blackberry cider and a couple of cask ales. That’s a lot by comparison to most microbreweries I visit – I’m accustomed to choosing from between 8 and 10, or maybe 12 for a slightly larger craft brewer. …