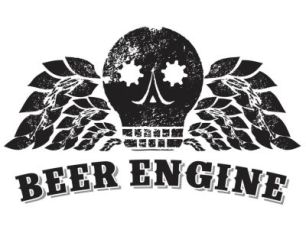 By way of our pals over at LouisvilleBeer.com, apparently Brian and Ian at Beer Engine issued a press release (while I was out of town!!!) about the opening of their location at the old Zeppelin Cafe. Yes, it’s finally going to happen! (And fair warning, this stuff sounds straight out of Germantown Times.)

Here’s the press release, as posted by LouisvilleBeer.com:

We here at the Beer Engine stand by one true philosophy when it comes to our beer, our lifestyle, and our philosophy. Taking our damn time.

We’ve went through some zoning issues, some weather issues, heck, even some raccoon and opossum issues while trying to turn the Old Zep into our lifelong dream. As fans of Louisville craft beer, we greatly appreciate your patience throughout the whole process. The process has been a difficult one to say the least. After our Kickstarter, GoFundMe, and GiveMeMoneyCusIDon’tHaveIt ventures all failed, we really had second thoughts about opening Beer Engine here in Germantown. We even dabbled the idea of opening up in Valley Station or HiPo to appeal to that market. Regardless, we stayed true to our values and beliefs, and have decided to stick it out in Germantown for the next six years until we’ve achieved perfection for our facility and product.

With that, we’d like to formally announce that Beer Engine will open soon in 2020! We are excited for you to try some of the new beers we will be producing once we know what’s going to be popular in six years. Knowing todays society, it will probably be the styles everyone disliked today. We are excited bout it!

Outside, we plan to have open seating where you can cruise up on your hoverboard and yell across the street to your parents at Checks. Inside, we’ll have both an upstairs (ten taps) and downstairs (12 taps) featuring all local beers from your favorite Kentucky Breweries. We are even going to include a section on the history of beer and what is was like to share a beer with your friend/significant other when you weren’t staring at your phone the whole time. We believe this educational experience will make Beer Engine the premier place to go in Louisville!

We understand six years might be a long time to some, but just like an imperial stout, we plan to get better with age! Once again, thank you for you patience and see you in the next decade!