Just when you think you’ve seen everything, Against the Grain announces a beer release that will pay tribute to WCW Hall-of-Famer Randy “Macho Man” Savage and the legendary wrestling Poffo family. The brewery will launch the beer Saturday, Nov. 21, with a night of wrestling entertainment in the Slugger Field concourse.

The collaboration between Against the Grain, Ohio Valley Wrestling and Dauntless Distributing will unveil Poffo Pilsner in honor the family, which turned out a trio of legendary wrestlers in Savage (whose real last name is Poffo), Lanny Poffo and Angelo Poffo.

The event, dubbed “Brews and Bruises,” came about a bit by accident, according to Sam Cruz of Against the Grain. The brewery was set to release a pilsner-style beer anyway, but needed a name for it. Cruz and brewer Jerry Gnagy were joking about the number of pilsners on the craft market that start with the letter P — Prima Pils, Polestar Pilsner, Pivo Hoppy Pils — and started coming up with names that started with “P” to carry on the traditional alliterative naming style.

Enter the halfway serious suggestion of “Poffo.” Yes, it seemed an odd way to name a beer, but since both Gnagy and Cruz are wrestling fans, they decided to go with it. As it turns out, they have friends in the wrestling business, and when these friends got wind of the name and the inspiration, they suggested a cross-promotion between the brewery and the sport.

“It was like, ‘Sure, whatever, we’ll talk,’” Cruz said. “The next thing you know, it’s, ‘Holy shit, we’re going to launch a beer at a wrestling match. A pro wrestling match.’”

Cruz said it has already been fun learning how a professional wrestling event is planned, adding the Ohio Valley Wrestling has been great to work with in that regard. He said attendees should expect classic American wrestling tradition to pair with their new German pilsner.

Of course, professional wrestling brings with it a certain amount of theatricality and drama. Asked if that aspect of the sport will enter into the event, or potentially even spill over into the brewery, Cruz was mum. He did, however, say, “Crazier things have happened.”

This could get interesting.

Wrestling stars from across the country will come to Louisville to take part in “Brews and Bruises.” The night’s card features the Danny Davis Invitational, which is a one-night, tag-team tournament including internationally known tag champions The Wolves, Davey Richards and Eddie Edwards, as well as former World Wrestling Entertainment and Ring of Honor tag champions Charlie Haas and Shelton Benjamin. OVW will also crown a new women’s champion at “Brews and Bruises” with a ladies’ battle royal.

To say the least, it will be an interesting cross-promotion.

“We kind of feel like there’s a place in market for a good, classic, German pilsner,” Cruz said. But to launch it at a pro wrestling match?

“It’s out there. It’s not something you see, normally, for a beer release,” he said. “It gives us the opportunity to connect with a different audience, also. It’s a neat opportunity. It should be interesting.” 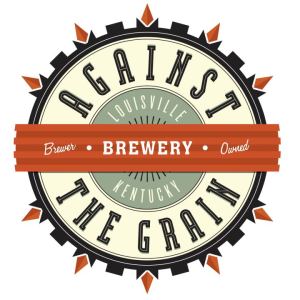 One thing about Sam Cruz over at Against the Grain, he sure knows how to write a fun press release. This one is about a new collaborative event that, yes, will involve beer. Lots and lots of beer. Here it is in Sam’s own tongue:

To you the lovely, esteemed, and pleasant smelling members of the press, we have an exciting, dare I say titillating, announcement.  Against The Grain and eight other American breweries have conspired to produce an event of monumental proportions.  On September 18th, 2015, we will celebrate the first annual national celebration of Swayze Dayze. Swayze Dayze is our response to the international event Zwanze Day.  Zwanze, is the cult beer-ophiles dream event, where Belgian brewery Can’tillion releases a once a year,  lambic-esque styled beer (which is probably infected with horse blankets or sumptin) to be consumed at select bars throughout the world.  Having been “fortunate” enough to sample these beers and attend an event, we feel it necessary to, in American fashion, do it better, faster, and harder and longer and with hungry eyes.  So an event the day before, paying tribute to America’s greatest hero, Patrick Swayze, makes perfect sense.  On second thought, it makes no sense other than Swayze sounds kinda like Zwanze, but I digress.  It is our mission to literally roundhouse kickstart the excitement of a beer nerds event a day early and potentially rip their throat out with a beer that is actually brewed a short distance from them. This event will take place at an as of yet undetermined number of at least average or better craft beer centric bars east of the Mississippi River. The event will feature a very special beer titled Dalton’s Kriek that the participating breweries conspired to produce.  You’ll have the time of your life…and you’ll owe it all to uhhh-ussss! The following breweries have created a very limited amount of their local iteration of Dalton’s Kriek:

Each brewery has committed to producing a limited amount of its own Dalton’s Kriek and will send small amounts out to select bars of their choosing to feature the beer, along with Swayzecentric celebrations (pottery, martial arts, dancing, bow-hunting, working on cars and general awesomeness), all of which to occur on Sept 18th. in your area. 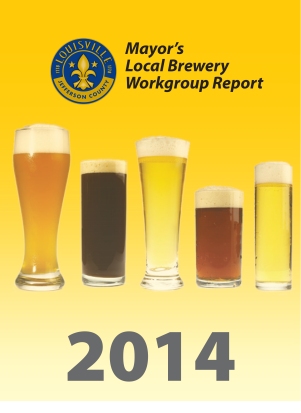 Saying “the pint glass is more than half full,” Mayor Greg Fischer this morning announced a report containing recommendations for furthering the rapid growth of Louisville’s craft beer industry.

The Local Brewery Work Group, appointed by Fischer earlier this year, developed the recommendations and strategies to maximize the local craft beer industry, increase its impact on jobs, culture and tourism, and renew the strong beer heritage Louisville once boasted. (Editor’s note: The author of this post — an expert on local beer — is part of the Work Group.)

The five recommendations range from developing an official beer trail and map of local breweries to changing beverage control laws to be more beer friendly to creating an internationally recognized event to spotlight beer that is aged in bourbon barrels.

“Like bourbon, the craft beer industry is red hot, nationally and locally, with new breweries and restaurant operations opening throughout our city and just across the river,” Fischer said during a press conference at Against the Grain Brewery and Smokehouse. “Our goal is to accelerate this growth and maximize the benefit to our economy, culture and tourism.

“Also like bourbon, craft beer is an increasingly vital part of our culinary scene and a key ingredient in our goal of making Louisville the best food and beverage city in the world.”

Fischer also noted that, nationally, sales of craft beer rose by 18 percent in 2013, while overall beer sales actually declined. The growth has happened locally as well; currently, the Louisville Metro area is home to a number of breweries, with several new ones in the process of opening.

“The growth of the brewing industry in the Louisville area coincides with the locavore food movement we are seeing now,” said John King, executive director of the Kentucky Guild of Brewers, in a press release distributed at the press conference. “Our growth as an industry is a direct result of our determination to put Louisville on the map as a top beer destination in the United States.”

The five key recommendations are:

Sam Cruz, a co-owner of Against the Grain, spoke at the well-attended press conference as well, and presented Fischer with a growler of My Old Kentucky Common, which is based on a beer style created in Louisville in the 1800s.

Fischer said the city will work with the Kentucky Guild of Brewers, the Louisville Convention and Visitors Bureau, and the breweries to implement and refine the report’s recommendations. He said the report already is having an impact in the form of ReSurfaced, which transformed a vacant area at 615 W. Main St. into a pop-up plaza for craft beer, music and art. Local breweries helped develop the project.